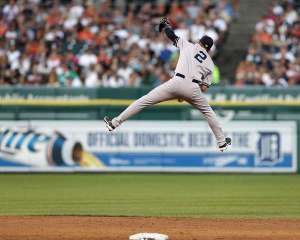 Work in Progress News ~ Work­ing away on a book that I don’t even have a work­ing title for. Usu­al­ly I name them after my hero, but he’s still John Doe until his per­son­al­i­ty shines through. One of these days a John and Jane will stick! That would be very strange…

Favorite Song of the Week ~ So a video edi­tor had a day off or some­thing. Found a bunch of ama­teur videos on YouTube, and mixed them into this orig­i­nal work:

Big butts: do you like them? Lying: can you? Oth­er broth­ers: can they deny? More at 11

Indus­try News ~ There is so much I want to tell you but I can’t. Please do Google. 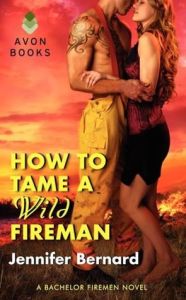 What I’m read­ing ~ I start­ed on Jen­nifer Bernard’s Fire­man series. I’ve met Jen­nifer in real life, and she’s such a great per­son, and I do love every word she pub­lish­es. Fire­fight­er Patrick “Psy­cho” Calla­han earns his nick­name every day. Fast, fit, and a furi­ous work­er, he thrives on the dan­ger which helps him for­get a near-tragedy that changed his life for­ev­er. But when his off-duty carous­ing gets out of hand, Patrick is sent back to Love­less, Neva­da, where the wild­fire threat­en­ing his home­town has noth­ing on siz­zling Dr. Lara Nel­son.

Lara would rather be thought of as the physi­cian who returned to Love­less than as the mis­fit brought up at a hip­pie New Age com­mune. But right now she’s focused on her job at hand, patch­ing up injured firemen…until the past hits her in the hard-mus­cled, blue-eyed form of Patrick Calla­han. Now, the embers of their decade-old attrac­tion have ignit­ed into a full-on infer­no, as the bad-boy fire­fight­er and the good doc­tor take a walk on the wild side they’ll nev­er for­get.

Today’s Tear­jerk­er ~ This daugh­ter moved the date of her wed­ding so her father could attend. Then she made sure he got the first dance with the bride.

“I have noth­ing to say to you.” Unless one would count the new names she’d made up to describe him, but she didn’t have that kind of time.

“Maybe not, but I have some­thing to say to you, and you can either lis­ten to me right now, or you can hang up and I’ll—”

Okay, that’s it for me. I hope you stay warm and snow-free until at least autumn. I don’t think I’ll be so lucky.