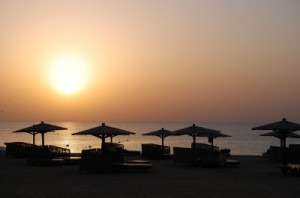 Hey guys! We’re near the end of July, and I feel like I haven’t squeezed enough enjoy­ment out of sum­mer yet! I’ll have to plan a camp­ing trip soon or some­thing. I real­ly need to move some­where that has a longer sea­son.

Work in Progress News ~ Plug­ging away on my “bed and break­fast” wip. Reg­u­lar blog read­ers know that I name my wips after the Hero. This one is so fresh that I don’t even have a name for him yet. It takes a while for the char­ac­ters’ per­son­al­i­ties to shine through enough to name them, so right now they’re “John and Jane Doe”. Got any good hero names you’d like to share?

Favorite Song of the Week ~ If you are active on any sin­gle social net­work­ing site, you’ve seen this. Prob­a­bly mul­ti­ple times, but as an author, I just got­ta:

Pro tip: When in an awk­ward sit­u­a­tion, stop, look around, & say “Oh boy”. They’ll think you got Quan­tum Leaped and give you time to catch up 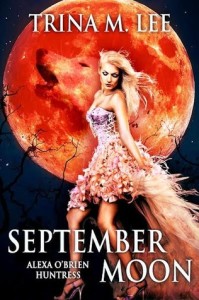 What I’m read­ing ~ Sep­tem­ber Moon by my friend Tri­na M Lee came out last week while we were in Las Vegas. If you haven’t read the series, now is your chance. The first FOUR full length nov­els are bun­dled togeth­er and at a spe­cial low price of FREE. It’s a great series, and Sep­tem­ber Moon just takes it to the next lev­el.

Death is com­ing for Alexa O’Brien. Alexa must stop Shya from claim­ing Lilah’s vacant throne. If the demon suc­ceeds all hell will break loose. Form­ing alliances is a chal­lenge. The vam­pires hate her and the wolves don’t trust her. Rebel­lious vam­pire activ­i­ty cre­ates ten­sion between Alexa and the FPA. It gets ugly when the covert gov­ern­ment oper­a­tion learns that Shya needs her as a sac­ri­fice.The strain of what’s to come is weigh­ing on both Arys and Alexa. Arys’s need to pro­tect her is as strong as his grow­ing desire to kill her. Haunt­ed by visions of her death at his hand, Arys can no longer trust him­self. The strength of their bond is about to be put to the test.

Book Snip­pet ~ From For a Price, which is FREE at all e-tail­ers!

He kissed her. He couldn’t help it. It was awk­ward and some­what dan­ger­ous the way they prac­ti­cal­ly fell out of their chairs, but it was worth it. He released her when the wait­er cleared his throat. He’d for­got­ten that they’d ordered ice cream. Nick watched her take two bites, and tried to keep his thoughts away from the erot­ic things her chilled tongue could do to him.
“Tell me why.”
The spoon froze in her mouth. She looked at him curi­ous­ly, then pulled it through her lips. “Tell you why what?”
“Why…you’re still a vir­gin at twen­ty-four…”

Well folks, that’s it for anoth­er week. Hope you all have a great one.